Next step - getting back

Been a long time since my last post. Been a while so I will spend some maybe a week reviewing code before starting up again.

Some updates from outside the project. My aim is to build a hardware prototype of a microgrid and I have managed to finish building one inverter with LCL filter. Attached is the pic. 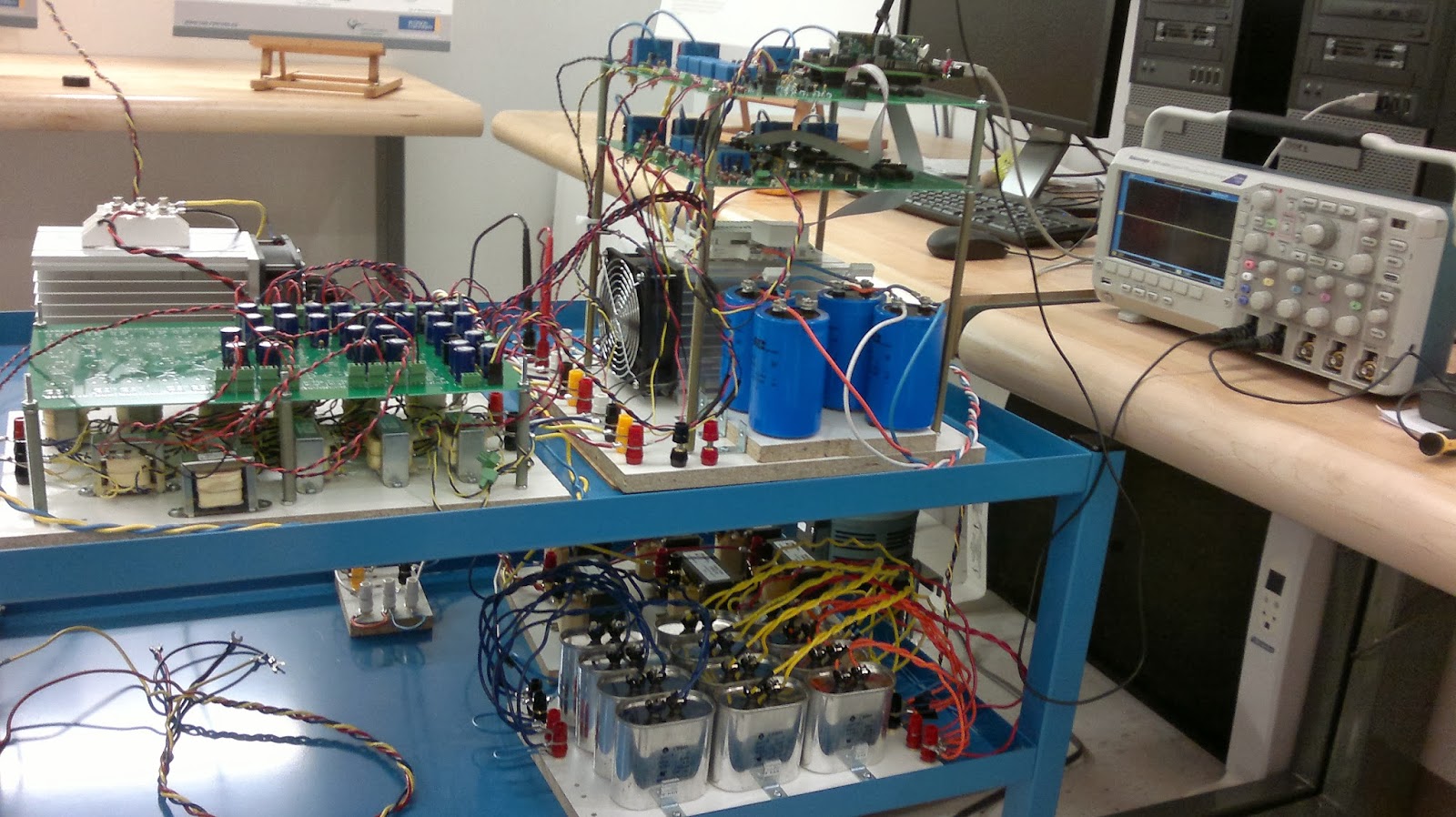 Happy to say that it works and I am able to do a current control in grid connected mode. I have revised the control PCBs and once that comes back after may be a week, I'll build the second and then the third inverter. The objective is to have an isolated microgrid and try out some control techniques on it.

I did give a lightening talk in Pycon 2013 held in Toronto. They put the talk on YouTube. Here's the link:
http://www.youtube.com/watch?v=WGliZOtQZmU
Yes, that's me :) It's just a 5 minute lightening talk so not much I could talk about other than tell people what I am trying to do. Met some other interesting people who were trying to something in the electronics field that showed interest so the conference was definitely productive.

Posted by Circuit Breaker at 12:22 PM No comments: Links to this post