There were a couple of fatal flaws in the previous code. When I expand the circuit to a buck converter with two diodes connected in parallel as shown below, it doesn't work. 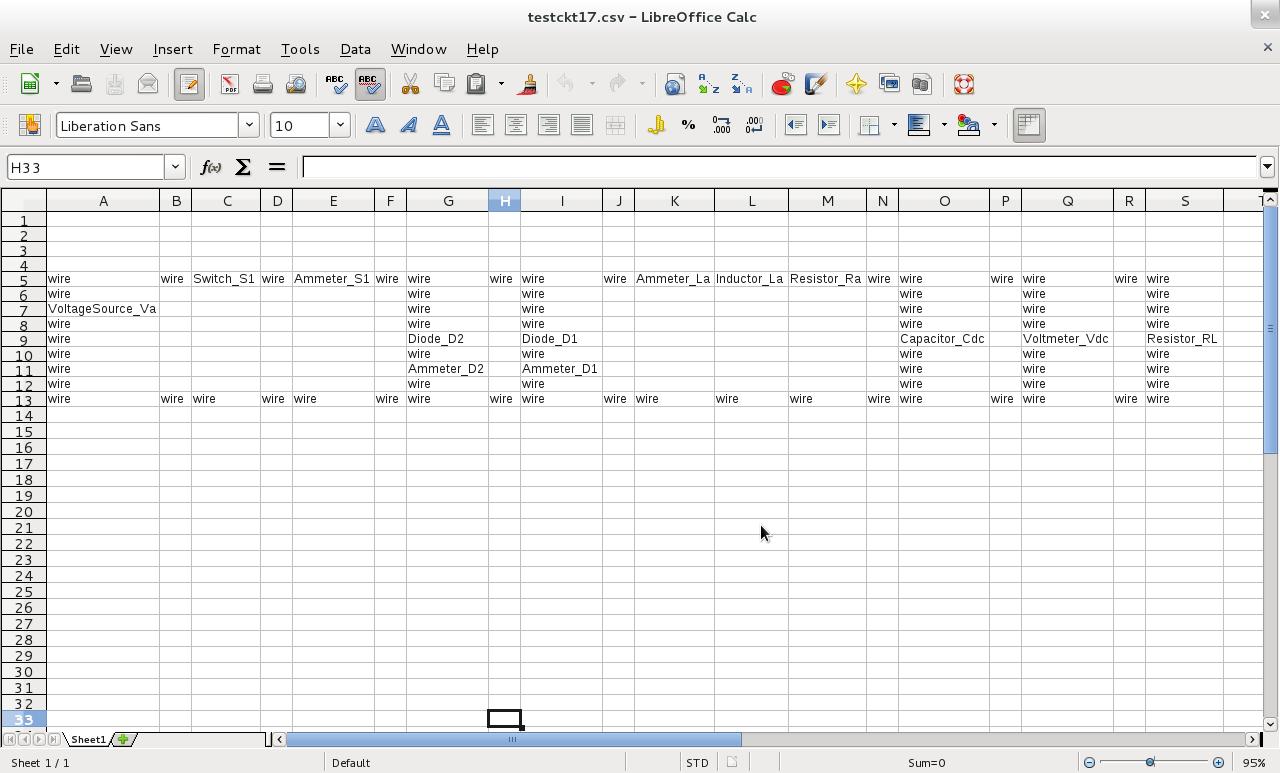 The 3rd point was wrong. A wire will carry any current and to fix the current through it will be wrong. For now, I think my assumption of a voltage source with zero impedance as a current source is acceptable because the sources should continue supplying what they were during an event to check which branches can change their status.

So, to include the third point, I came up with the concept of shortnode. A supernode will be a node having a zero impedance branch with a voltage. On the other hand, a short node is a node that has a zero impedance branch with no voltage - or a node with a "wire" connected to it. The significance of a short node will be that a "wire" will have two short nodes at the same voltage and in this manner, nodes connected through wires will end up as a group of short nodes. Similar to supernodes, a circuit could have many groups of short nodes. The only difference between a super node and a short node is that when performing KCL, is a node is encountered that is a short node, only the voltage of the first node in that group of short nodes will be included.

To expand on this. If there is a group of four short nodes. All these short nodes are connected by "wires" and so they are at the same voltage. So when performing KCL only one node voltage needs to be included. The reason is that there can be a large number of short nodes and therefore, to write separate equations V1-V2=0 will increase the number of equations well beyond the number of nodes, messing up the KCL.

Once this is done, the KCL is performed. All the node voltages are calculated and all the branch currents too. Except for the short branches or "wires". There is no way to calculate the current through them by the above method as they do not have a resistance. So, for this another KCL is written. The code for this is completely new and so is below (click on "view raw" below the code box to view the code in another window):

After this change, the code now works for the circuit shown above.

Posted by Circuit Breaker at 8:34 PM